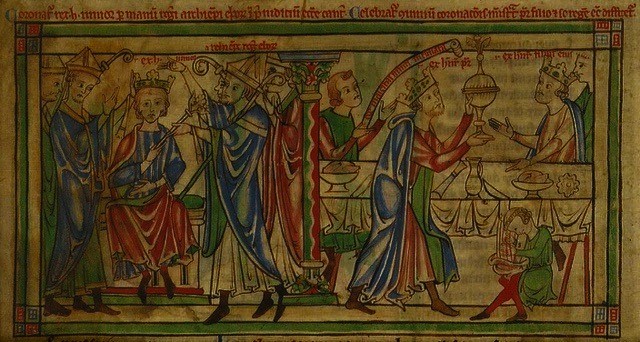 When I was studying theology at college, we enjoyed an excellent intensive on covenant theology taught by Guy Waters of Reformed Theological Seminary in Jackson, Mississippi. It was sober and thorough, soundly based in careful exegesis, considerate and measured in its assessment of different schools of opinion. We all found it very helpful.

Perhaps inevitably in an Australian context, a particular sort of question was raised. ‘What does the theme of covenant offer that is not already sufficiently covered by the theme of kingdom?’ A biblical theology organised around the theme of kingdom has certainly produced much fruit in our circles, for which we should be thankful. At the same time, such a question perhaps implies the pitting of covenant and kingdom against each other as rival explanatory schemes, rather than seeing them as biblical realities that cohere with each other. This is complicated, of course, by the fact that we are not just speaking about occurrences of kingdom and covenant in the bible, but schemes of kingdom and covenant that have implications for systematic theology as well.

Part of the problem may be that we sometimes treat kingdom and covenant simply as themes, or as is common in the scholarly literature, as motifs. Now, ‘motif’ is an entirely legitimate term: it denotes how particular features or elements are consistently repeated throughout scripture, thus highlighting central concerns of redemptive history. One can immediately see how kingdom or covenant might be considered a biblical motif. However, in its popular usage, ‘motif’ can descend to being the equivalent of imagery or even metaphor; when this happens, particular motifs can be readily treated as dispensable or outmoded.

To treat either kingdom or covenant solely in this way would be to diminish their substance. As Geerhardus Vos comments, when Jesus preached the coming of the kingdom of God, he was not just speaking of God’s sovereign rule, but the coming of something concrete, something that could be given or inherited.1Geerhardus Vos, Biblical Theology (Banner of Truth Trust: Edinburgh, 1975), 376. The same is true of covenant. If a covenant is a solemn bond between two parties, administered by oath, then it is something that binds us. We are parties to a real covenant, not just in a relationship embroidered with covenant language that can be readily dispensed with. Christ is a real king, and we are part of a real kingdom; but the kingdom is guaranteed by a real covenant, which also binds us.

A key text that demonstrates this is found in Luke 22:29-30. After instituting the Lord’s Supper which pointed to his imminent death, Jesus says the following:

‘And I assign to you, as my Father assigned to me, a kingdom, that you may eat and drink at my table in my kingdom and sit on thrones judging the twelve tribes of Israel.’ (ESV)

The word which the ESV translates as ‘assign’ is the Greek verb diatithemai, a striking and distinctive verb that is only used five times in the whole New Testament, largely in the Letter to the Hebrews where it is unmistakably linked with the standard New Testament term for covenant – diatheke. In fact, in all other occurrences in the New Testament, the verb diatithemai and the term diatheke are found together (Acts 3:25, Heb 8:10, 9:16-17, 10:16).

What does this tell us about Jesus granting a kingdom to his disciples? The use of diatithemai is not simply a synonym for ‘give’. It is not an act of random generosity. The kingdom is a gift given on the basis of a binding covenantal promise. Given that Jesus is about to go to the cross, you could think of it as his bequest. That is why all of our English translations seek to reflect this through their distinctive choices, whether ‘assign’ (ESV), ‘confer’ (NIV), ‘bestow’ (NKJV), ‘grant’ (NASB) or ‘appoint’ (KJV). Whichever verb is used, the covenantal usage is unmistakable.

In fact, there are several links between covenant and kingdom in these verses. First, there was a covenant between Father and Son prior to that between Jesus and his disciples: he grants them a kingdom because the Father first granted it to him.2Traditionally, the Reformed have called this the ‘covenant of redemption’. For Jesus to give us a kingdom through a covenant is no mere historical accident, but is founded on the divine plan of redemption itself. God’s power and sovereignty is absolute, but that does not make him fickle and lawless. When we hear that the kingdom Jesus gives us has been granted to him by the Father through a solemn covenantal promise, we can put our confidence in God’s faithfulness, not simply his power and authority.

That leads us secondly to the covenant Jesus makes when he gives his disciples the kingdom. Jesus is God’s messiah – not a lawless tyrant. We are not enslaved minions, subordinated to his arbitrary and untrammelled power. Instead, we are his beloved subjects, protected and nurtured by the faithfulness of the king who has entered into covenant with us. After all, the history of God’s covenants would prepare us to expect nothing less. The Abrahamic covenant held forth the promise of kings for God’s people (Gen 17:6, 49:10) and David, the great type of the messianic king to come, made covenant with Israel when he was crowned king (II Sam 5:3). If Jesus is God’s king for us, then he is our constitutional king, binding himself to us with solemn promises to be our ruler and our defender.

Thus, thirdly, we can be assured of the future blessings of this kingdom (v. 30) because of the faithfulness of Jesus to his covenant promises. Whatever the sufferings and humiliations of the present and immediate future, the disciples would know that their place at the final banquet and their status as judges in God’s kingdom would be guaranteed by the unbreakable promises of their covenant king.

When he institutes the Lord’s Supper a few verses earlier, Jesus shows the foundation of these promises: the new covenant, sealed in his own blood (22:20), in his sacrificial death on the cross. The same Supper also intertwines this sacrifice with the final advent of his kingdom (22:16,18). For Jesus to be the messianic king, he must also be the true high priest of a new and better covenant. Hebrews 7 argues that Jesus has been established the true and permanent priest by divine oath (a covenantal term), and his ministry lasts forever. This permanent and enduring arrangement is identified as the new covenant in Hebrews 8, founded on his complete and perfect sacrifice as unfolded in Hebrews 9-10.

The New Covenant guarantees the Kingdom

All of this must mean that the new covenant is the final arrangement between God and his people. Indeed, all previous redemptive covenants are but types and shadows that point to this, the true and real covenant. The Son of God himself, the heir of an eternal covenant, wrought his great work of redemption for us. There is nothing more to add! Even as he sealed the new covenant in his own blood, so he laid the foundation for his kingdom. His kingdom cannot fail despite all that is thrown against it, because it is established on the foundation of the new covenant in his blood.

When we see the new covenant as the foundation of Christ’s kingdom, it helps us to understand its unique character. Ezekiel (34–37) and Jeremiah (31:31-34) describe the new covenant as being new life, new hearts, the giving of the Spirit, and a confirmed and consummated communion with God. In short, the new covenant is the new creation, wrought by the Spirit, founded in Christ. Yet that is also how the Gospels describe the kingdom of God. God himself establishes and nurtures it by his sovereign power, not human activity (Mark 4:26-29). It comes to us as gift and free inheritance – ‘Fear not, little flock, for it is your Father’s good pleasure to give you the kingdom (Luke 12:32)’. It furnishes us with salvation, giving us righteousness and forgiveness of sin. Small wonder then that Jesus in his ministry is found constantly feasting with sinners, receiving children, healing on the Sabbath, making the lepers clean. And when the kingdom of God draws near, what is the only response to all these spiritual blessings? To repent and believe (Mark 1:15). If the kingdom of God is one of spiritual blessing and righteousness, then we cannot enter without repentance; if it consists in divine grace and power, then we must enter with faith.

However, the coming of this kingdom also confounds expectations, in Jesus’ time as well as our own. Instead of the advent of final, visible and eschatological glory, we see it established in apparent weakness and humiliation. After all, its foundation is the cross of Christ. We rejoice in his resurrection and the new life we receive through the Spirit, yet we find ourselves warring against our old nature, even as the nations continue to war against the Lord’s anointed (Psalm 2). The kingdom of God has been inaugurated in the midst of this present evil age, but we yearn still for its final consummation. This is the ‘already/not yet’ dynamic of the kingdom of God.

A covenantal understanding of Christ’s kingdom helps to navigate this as well. The new covenant is final and permanent.Whatever struggles and reverses we may suffer in this present age, the legal basis for the kingship of Christ, and our inclusion in his kingdom, has already been settled. This basis is in the new covenant, and God himself has sworn an oath to sustain it (Heb 6:13-20; 7:20-22). In that sense, as Steve Baugh comments, ‘There is no ‘not yet’ to the new covenant itself, even though, like our citizenship, we will receive the consummate benefits of that eternal covenant when Christ returns.’3S.M. Baugh, The Majesty on High: Introduction to the Kingdom of God in the New Testament (Crossway: 2017), 134. When Christ returns in glorious triumph, it will be on the basis of that same new covenant sealed with his own blood, and not some new arrangement. This is the ground for our security and assurance in the gospel. That is why Psalm 110 is our victory song, even as we await the final outcome: ‘The Lord says to my Lord, sit at my right hand, until I make your enemies your footstool.’ Hence we are said to be in the ‘last days’ (Heb 1:1-4).

Yes, I to the end shall endure,
As sure as the earnest is given;
More happy, but not more secure,
The glorified spirits in heaven.

What an assurance! We are permanently part of Christ’s kingdom. Those believers who have gone ahead into glory have left their warfare behind, but they are no more secure than we already are. And all this is founded on the new covenant sealed in the blood of Jesus Christ himself. No wonder that Toplady could say that ‘of covenant mercy I sing’.

We rejoice to be subjects of Christ the king, who has brought us into his kingdom to rule and defend us. But we are also thankful that he is a constitutional king, who rules by legitimate right and is faithful to his promises. That is why we also rejoice to be in covenant with him as well.

The French Revolution and the Reformation: the significance of Groen van...