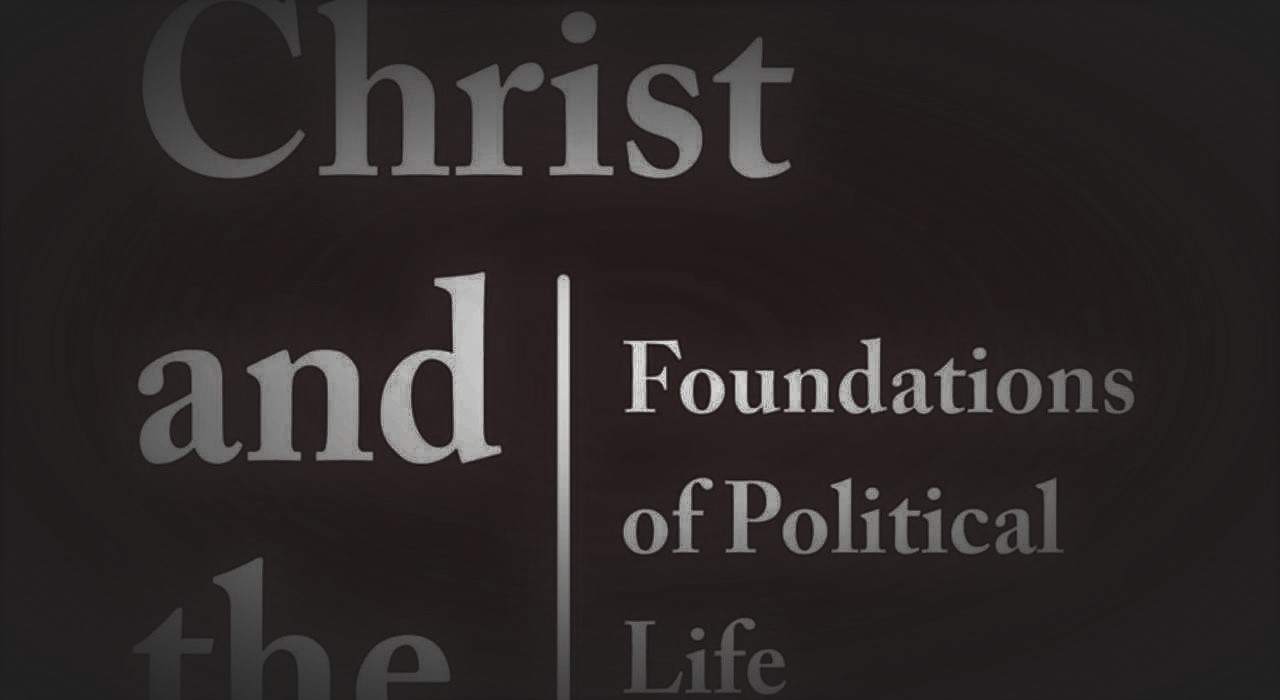 For many years I have been looking for a book that explains politics from a Christian point of view. I have heard so little on the subject at my own Bible college and churches. After the same-sex marriage vote, followed swiftly by the transgender push and laws, politics has become an unavoidable topic for Christians (not that it ever should have been avoided). Not having a political view would make us derelict in our duty as Christians and pastors. Am I talking about right and left politics? No. I mean understanding the nature and purpose of politics and how Christians should interact with it. What is politics? How should I think of politics as a Christian? How can a society best promote the protection, liberty and rights of its citizens? How can we love our fellow citizens?

Christ and the Kingdoms of Men, subtitled ‘Foundations of Political Life’, is about 200 pages in length. David C. Innes has written a fabulous book that explains the fundamentals of politics from a thoroughly Biblical, Reformed theological point of view. He is not writing about the culture wars but basic first-principles. I suspect he is centre-right politically, but the book rarely addresses left-right political issues.

The first chapter explains from the opening chapters of Genesis a theological framework for thinking about the political rule of man (part of the creation mandate). Chapter 2 explains the inherent authority that resides in our political offices and leaders. I found particularly helpful Innes’ four spheres of authority: individual, family, church, and political community. God has established authority in each of these four spheres, and although there is overlap, they each have their distinct mandates.

Chapter 3 examines the purpose of government (Romans 13:1-7). God appoints governments negatively to punish evil and positively to promote good. The following four chapters (4-7) flesh this out in more detail. Governments are required to punish evil by protecting life and property (e.g. laws against murder, harm, stealing, vandalism, or spreading viruses—however, this was written before Covid).

Governments are also required to promote the conditions for piety (1 Timothy 2:1-2), protecting society against immorality. Written from an American point of view, Innes speaks about the founding of the United States and how it was based on a concept of morality understood largely from Christianity. Innes is very positive throughout the book when he speaks of the role of government. He is aware of the culture wars and how far governments in the West have moved from their Christian roots. However, we are not yet living in anarchy. Governments are to maintain religious liberty (for all religions and faiths) and promote the conditions for religious observance. Innes’ four spheres mean that church and state are to be separate. It is not a matter of which one is supreme over the other. They have separate mandates. Innes rejects the progressive left, who seek to undermine any sense of objective truth and morality. However, he also rejects the libertarian right who oppose moral legislation as infringing on individual autonomy. The government is to promote liberty, including religious liberty, by promoting the good and fashioning the conditions for a society in which we are free to live out our lives serving God and neighbour.

Governments are also sent to praise good (Romans 13). Charity, for example, cannot be legislated, but it can be encouraged by the government. As a Food Bank volunteer, I can attest that in Melbourne, our Food Bank is greatly supported by all three levels of government. Moreover, awards can be given, such as to a lady at a church I used to attend who had fostered over 100 children.

Chapters 8–10 deal with the problem of government. Innes speaks about the Fall in chapter 1 and how this affects politics and society. The US constitution enshrines a distrust of government because of our sin, and divides government power between its branches and imposes limits upon government. We need to be able to trust our government to some extent. Trust is essential. However, the problem is our sin, by which “the rulers of the Gentiles Lord it over them” (Matthew 20:25). The political problem is about the tension between the government’s power and the restraint of its power. Innes examines the modern Enlightenment solution to this problem before explaining his own Christian solution (which includes explaining “rights” from a Biblical perspective).

The second-last chapter, chapter 10, examines the question of when Christians should submit to governing authority and when the point might come that they refuse and resist. The final chapter looks at how to be a godly citizen and a godly statesman (political leader). In my opinion, this book has explained the foundations of politics in the modern West clearly and superbly. The author has used the Bible and excellent Reformed theology throughout in his explanations and analysis. He has steered clear of left/ right political issues so that this book should appeal to all. I myself always want things explained from first-principles. What is politics all about? What is it for? How should I regard politics and my own life in society? This book answers these questions to a high degree of satisfaction. It is written from an American perspective, and there are many questions it does not cover (which the author acknowledges – politics is a big topic!). Nevertheless, David Innes’ breadth of political and Biblical/ theological knowledge has almost uniquely qualified him to write this superb book. It is highly recommended.

The Gifts of the Holy Spirit