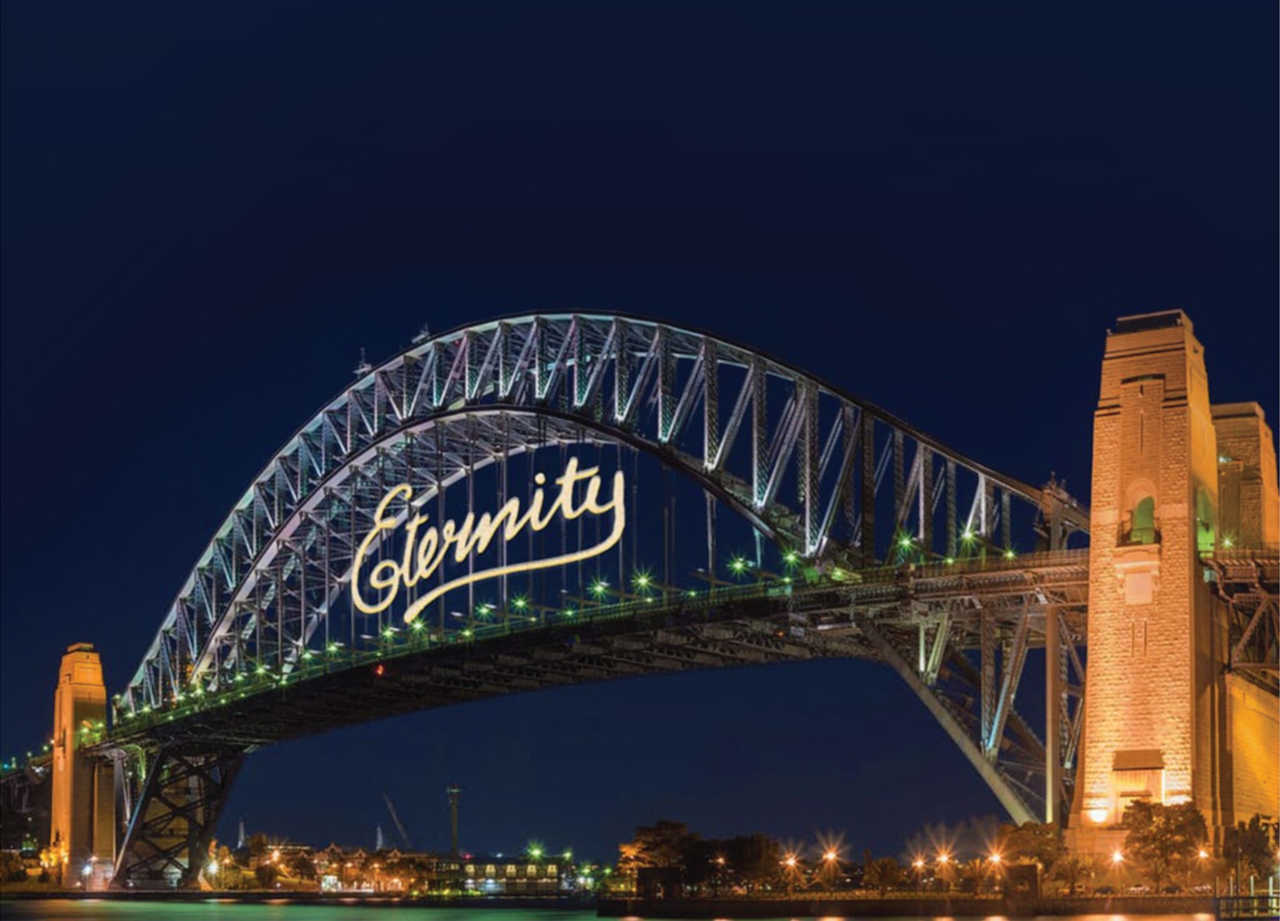 This volume continues the story begun with The Fountain of Public Prosperity: Evangelical Christians in Australian History 1740–1914 (2018). As Stuart Piggin quipped at the book’s launch, this volume, at 656 pages, is ‘proud in its prodigious bulk’, as Dr Johnson said of his dictionary. Thankfully, the footnotes are at the foot of the page, and there is a bibliography of 40 pages and a two-column index of 47 pages. It is also an attractive volume and a credit to authors and publisher.

The book is thoroughly researched, critically astute, and a great read. The Prologue features Mary Bennett (1881–1961), a missionary and determined advocate of Aboriginal rights. The prologues to both books set the scene for a work which throughout takes relations between Aborigines and later settlers seriously and gives a continuing and balanced account of the importance of Christianity to the Indigenous peoples.

The first book ended with evangelicals helping in ‘creating one of the most “Christianised” nations on earth in terms of values’ (p. 39). The introduction to this volume goes further in asserting that Australia is ‘still one of the most “Christianised” of nations’ (p. 15). The themes of this volume are, first, how evangelicals worked out how to be dual citizens of the Kingdom of Heaven and the Commonwealth of Australia; secondly, how evangelicals manifested their aptitude for de-secularisation in a rapidly secularising world; thirdly, how evangelicals have sensitised the Australian conscience and informed the Australian consciousness.

The structure of the book works well. Part A, ‘Faith under Fire’, has two chapters on the Great War, three on the 1920s and the Depression, and two on the Second World War, underpinned by the late Bob Linder’s splendid research. Part B, ‘Faith and the Secular Challenge’, has three chapters on 1946–1965 and two of each of 1965–1979, the 1980s, the 1990s and the 21st century. This means that some chapters deal with issues internal to evangelicals and their denominations (theological and political conflict) and some with their attempts to influence the broader society (evangelism, social work and political influence).

The authors exhibit great breadth but sink two ‘shafts’ to achieve depth, the evangelical experience of war and Sydney evangelical Anglicans. Their account of the Pentecostal movement within evangelicalism from the 1960s comes to form almost a third shaft. Other sorts of evangelicals are treated much more episodically. With the Baptists, there are perspectives from Western Australia, Victoria, and New South Wales in different periods with little lateral connection. Congregationalists appear from time to time, but their swing from solidly evangelical to predominantly liberal (1880s–1920s) is left largely unexamined. Methodists get better treatment, especially those in NSW and South Australia. Lutherans do not feature much. There is nothing on the Brethren in northern Tasmania. Presbyterians appear in a fragmented way but feature strongly in sections about doctrinal dispute (Samuel Angus) and the ordination of women (pp. 466–470). A personal beef is the continued ignoring of Scottish evangelical entrepreneur Andrew Stewart who recruited over ninety evangelical home missionaries and ministers for the Presbyterian Church of Queensland (1900–1938). His recruit George Tulloch features, but not Hugh Paton. Queensland is somewhat neglected in general (WA does better). However, Stewart’s son-in-law, Alfred Coombe, is featured, but then he was active in Victoria. The treatment of interwar overseas missions (pp. 171–173) ignores the work of Methodist Overseas Missions, the LMS, and Presbyterians.

This work refers to recurrent resurgences of reformed theology. In chapter 4, ‘Theological Warfare between the Wars’, Samuel Angus is vigorously opposed by a reformed resurgence. Karl Barth’s ‘lifeboat’ is said to have provided a way back to ‘the evangelical shore’ for some, but sharp criticism of his ‘neo-orthodoxy’ by some evangelicals is also noted (pp. 139–140).

The influx of Reformed immigrants from Holland (and Hungary) after the Second World War did raise the profile of Calvinism but, though most Dutch Reformed people and ministers went into the Presbyterian Church, most Dutch ministers therein were liberal or neo-orthodox. The local Reformed Church represented a dissenting minority among Dutch Protestants in Australia, though influential through their theological college, especially Klaas Runia (pp. 291–292, 323). At the same time, Sydney Anglicans were being reinforced in their Calvinism by Broughton Knox. The authors note another resurgence in the 1960s and 1970s, in both Anglican and Presbyterian churches in Sydney and New South Wales (pp. 363–364). Archbishop Loane appears here, along with the Rev. Grahame Kerr, the Presbyterian minister who departed in the wake of the Lloyd Geering heresy trial in New Zealand. (Geering’s first teaching post had been in Old Testament at Emmanuel College in Brisbane in the 1950s). The authors quote Hans Mol’s famous line from Religion in Australia (1971): Australia was ‘either a Christian nation in search of a religion, or a heathen nation in flight from one’ (p. 326). He is described as a ‘Dutch sociologist’ (p. 356), but Mol was also an Australian Presbyterian minister who, after returning home from a distinguished academic career overseas, frequently preached in Canberra, including a series of 25 sermons on Calvin in the 1990s.

There are about eight pages on the Uniting Church, starting with the 1977 union as a response to secularisation, then dealing with the development of ‘ethnic’ congregations (predominantly evangelical) and featuring two sections on homosexuality. The authors argue that intolerant and politically savvy liberals took political control and foisted their liberal agenda on a reluctant laity ‘in order to be relevant to the culture’. They were not rewarded by the culture but, instead, caused ‘cataclysmic losses’, as theirs was ‘not a gospel which could sustain a Christian denomination’ (pp. 553–554).

Several individuals come in for special treatment, not all of them evangelicals. R. M. Williams is a surprise. He is used as a lens through which to observe the outback. (Some might consider adding Bert Facey of A Fortunate Life fame for a similar but urban purpose.) Robert Menzies, John Curtin, and Joh Bjelke-Peterson are less surprising. The main evangelical ‘stars’ are Alan Walker, Billy Graham, Donald Mackay, the Chamberlains, General Eva Burrows, Tim and Peter Costello, Peter and Phillip Jensen, and Margaret Court, not to mention Arthur Stace, the ‘Eternity’ man.

The authors explain what they call the trifurcation of Australian evangelicals (p. 503), gradually from the 1970s and clearly so from the 1990s. The three branches are ‘exclusive conservatives’ (e.g. the Jensen brothers), ‘inclusive progressives’ (e.g. Tim Costello) and ‘charismatics/Pentecostals’ (e.g., Brian Houston). Some readers might consider this typology too neat and obscuring important commonalities. The authors think they have been learning to cooperate better in recent years.

Nevertheless, the authors identify the dangers of intolerance, defensiveness, narrowness, and shallowness in contemporary evangelicalism, especially in ‘Fortress Sydney Anglican’. Another point which hits home concerns ‘the thinning in theological knowledge’ of the laity, partly because hymns (previously often written by ministers and covering all aspects of belief and practice) have been replaced by short-lived, repetitive praise written by musicians. They add that this was accompanied by ‘increasing indifference to denominational difference’ (p. 483). The new ‘generic evangelical church plan’ (associated with both Pentecostalism and Phillip Jensen but much more geographically and denominationally widespread than that) is based on being Jesus-centred, Bible-based, and imaginatively led. The plan, as the authors show, runs a danger of becoming narrow in focus, shallow in worship, and both congregationalist and authoritarian in polity. The authors cite Hans Mol, who wrote in 1969 that ‘the most faithful would prove to be the most relevant in the end, because in the end, only the faithful would remain’ (p. 356).

This reviewer said of volume one that this project is ‘an epic achievement which deserves to reorient Australian history-writing in several important respects’. This second volume confirms this opinion.

Is Inerrancy a Reformed Doctrine?

Where to Start with Islam

Do we read Scripture thinly or thickly? ‘By Good and Necessary...